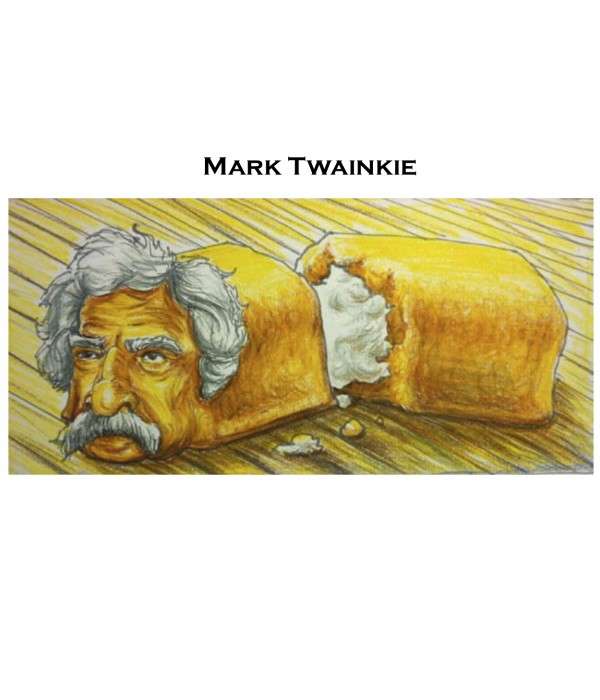 Jordan Sowunmi — January 28, 2013 — Pop Culture
References: timothyleotaranto & therumpus.net
It's been said before that puns are the lowest form of humor, but Timothy Leo Taranto's 'Literary Puns' series is doing its part to upend that long-held belief.

'Literary Puns' is a series of drawings that features some of the lit world's most iconic figures illustrated into a different animal, using a pun to reshape their face and body. Mark Twain becomes the delicious and cream-filled Mark Twain-ake; Poet Sylvia Plath becomes the duck-billed Plathypus; Moby Dick writer Herman Melville becomes Merman Melville. The result of the transformation is comedic, distinctive and endlessly fascinating.

The main strength of the 'Literary Puns' series is that it takes something traditionally viewed as high-brow and serious and combines it with something many view as low-brow to create a middle-brow utopia of art and literature.

If you're a fan of novels, art, or the cross-pollination of high and low culture, 'Literary Puns' is a must-see.
1.9
Score
Popularity
Activity
Freshness