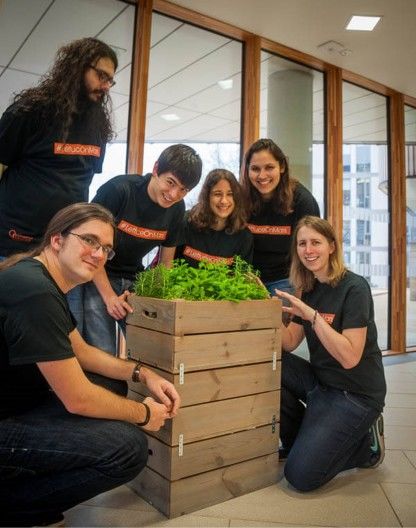 The #LettuceOnMars Project Aims to Grow Lettuce On Mars By 2018

Rahul Kalvapalle — January 5, 2015 — Tech
References: southampton.ac.uk & gizmag
#LettuceOnMars is an experimental project, developed by students at the University of Southampton with support from the Mars One group, that aims to grow lettuce on the red planet by 2018. With the colonization of Mars no longer looking like part of some distant sci-fi future, it has become important to look into how life on Mars could be supported. The goal of this project is to prove that it is possible and feasible to grow plants on Mars using technology that harnesses Martian resources rather than relying on materials sent from Earth.

The project comprises a greenhouse specially designed to function in the Martian environment and atmosphere.

If the #LettuceOnMars project shows promise, an inactive version of the experiment will be sent to Mars via the Mars One unmanned lander in 2018. However, the project is vying with ten other university projects to get that coveted spot on the Mars One's unmanned lander.