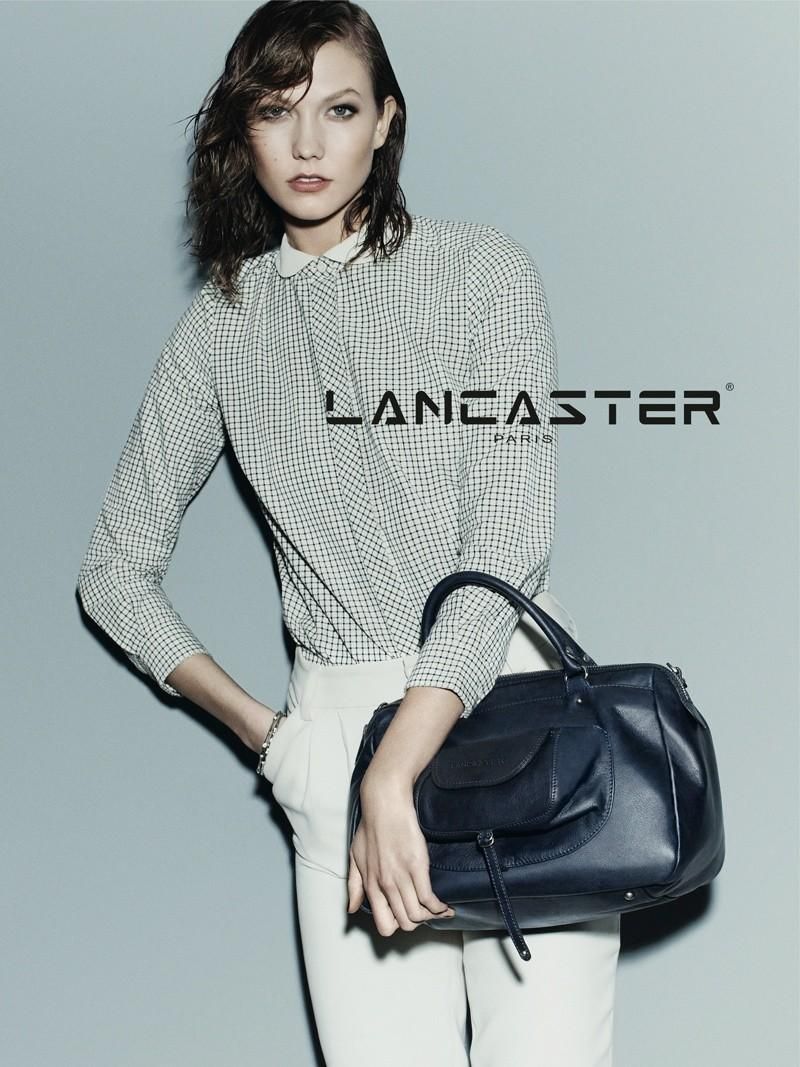 Meghan Young — June 21, 2014 — Fashion
References: lancaster-paris & models
Although it is undeniable that the looks featured throughout the Lancaster Paris Fall 2014 ad campaign are chic and well put together, there is a casual touch that alludes to a bit of a grunge undertone. Greasy-haired and pale-faced, it is hard not to find the looks slightly edgy even though they are also very sleek and simple.

The Lancaster Paris Fall 2014 ad campaign was shot in studio against a gray backdrop by photographer Guy Aroch. It stars top model Karlie Kloss. The brunette beauty was styled by fashion editor Anya Ziourova, who paired a green string purse with a metallic sweatshirt and an animal printed handbag with a loose sheer blouse. Sophisticated with a touch of youthfulness, the Lancaster Paris Fall 2014 ad campaign shows off designs perfect for cooler weather.
4
Score
Popularity
Activity
Freshness