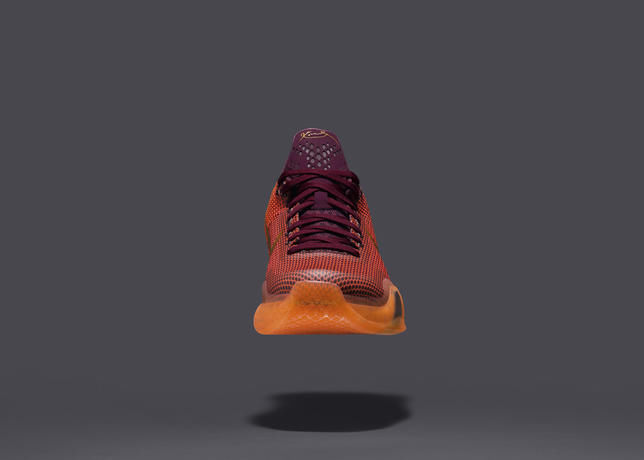 Rahul Kalvapalle — March 31, 2015 — Fashion
References: news.nike & sneakernews
Share on Facebook Share on Twitter Share on LinkedIn Share on Pinterest
The Kobe X Silk is a shoe that recognizes and pays tribute to Los Angeles Lakers legend Kobe Bryant's personal connections to Europe and Asia. Bryant spent his childhood years in Italy, where his father was a professional basketball player, before moving back to the USA. As an adult and basketball superstar, he has greatly enjoyed traveling throughout Greater China, where he is admired and revered by legions of Chinese basketball fans and players.

These European and Asian connections led Nike designers to think about the legendary Silk Road, which historically linked European and Asian traders. The Silk Road serves as the inspiration for the Kobe X Silk, which features design cues reminiscent of first century silk tapestries -- which were often designed in orange and burgundy.

The Kobe X Silk is an imaginative creation, and one that is sure to resonate with Kobe worshippers and aficionados.
5.1
Score
Popularity
Activity
Freshness
Get the 2021 Trend Report FREE