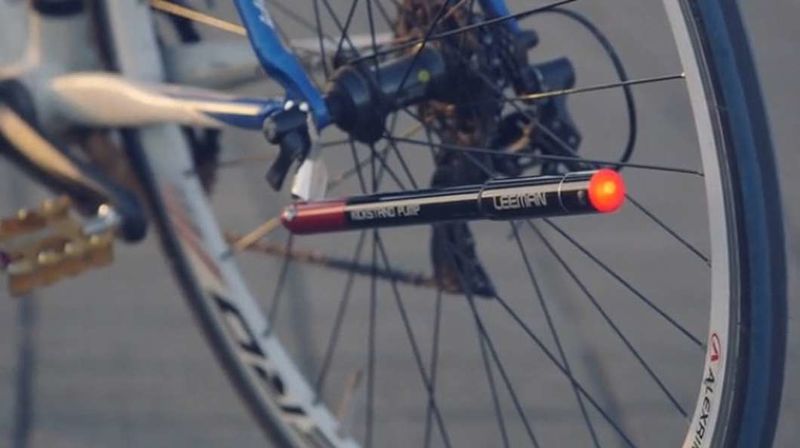 The Kickstand Pump Can Be Used As a Kickstand, Pump, Tail Light & More

Rahul Kalvapalle — August 31, 2015 — Autos
References: en.venturi.fr & gizmag
Share on Facebook Share on Twitter Share on LinkedIn Share on Pinterest
The Kickstand Pump is a bicycle accessory that can best be described as a sort of cycling multi-tool, able to carry out a number of functions in a single and easy to use package. This accessory doesn't only work as a kickstand and a pump, as its name suggests, but can also be used as a tire lever and a tail light.

When the user wants to use the Kickstand Pump as a pump, the tool can be release from the bike by pulling open the quick release. The foot stand is then folded out and a hose is run from the pump to the valve stem, allowing the accessory to be used as a mini floor pump.

Incredibly, the Kickstand Pump weighs only 196 grams, making it weigh less than a separate kickstand, pump, tire lever and tail light. This accessory is a great example of functinoality, portability and versatility in a single package.
4.6
Score
Popularity
Activity
Freshness
View Innovation Webinars