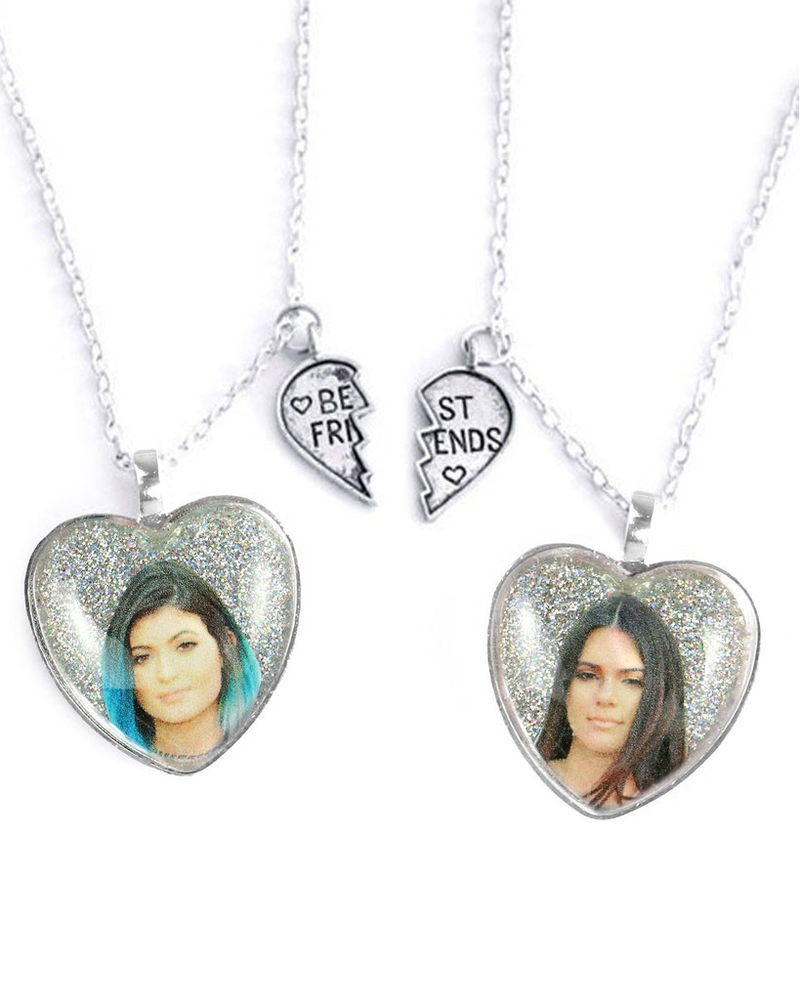 Jana Pijak — September 10, 2014 — Fashion
References: shopjeen & shopjeen
If you're a fan of Kim Kardashian, Kanye West or hit reality series Keeping Up with the Kardashians, then you will appreciate these friendship necklaces that celebrate the sisterly bond of the family's youngest rising stars, Kendall and Kylie Jenner.

In the past year, Kendall and Kylie have reached superstar status and have gone from siblings in the shadow of fame to stars in their own right. In addition to hosting Much Music's Video Music Awards in Toronto, the sisters have reached a level of immense success and gained an outstanding fan following on Instagram.

While Kendall has walked in Chanel's runway show and graced Givenchy's latest ad campaign, her younger sister has been featured on magazine covers at only 17 year of age. These holographic friendship necklaces by Spacetrash celebrate the rising stars and prove that nothing can break a sisterly bond.
3.4
Score
Popularity
Activity
Freshness