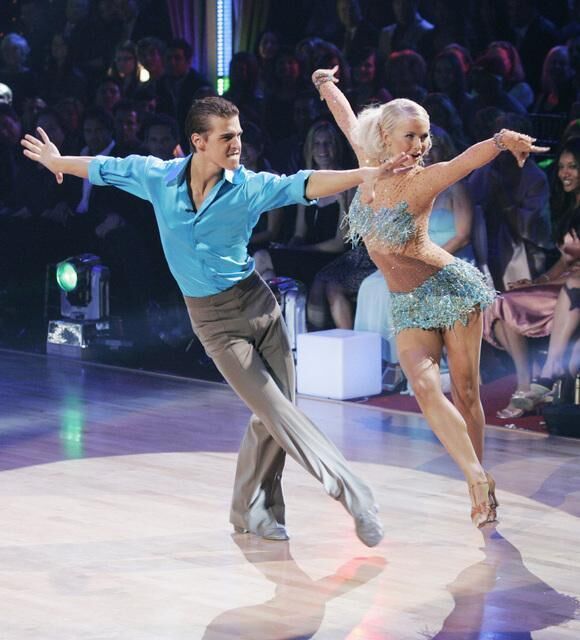 Julianne Hough To Return To Dancing With the Stars

Bianca — October 29, 2008 — Lifestyle
References: eonline
Share on Facebook Share on Twitter Share on LinkedIn Share on Pinterest
Julianne Hough is taking time off Dancing With the Star, to undergo surgery, proving that even on reality TV, the show must go on. Julianne Hough, 20, was diagnosed with endometriosis and is now waiting to have her appendix removed, but says she fully intends on returning to the competition.

“Actually what happened is last week was more than just a tummy ache. Obviously,” the platinum blond said. “It turned out I ruptured a cyst that was on my ovary. I didn’t know but I have endometriosis. I’ve apparently had it for a long time because I’ve had this pain for about the last five years.”

That Julianne Hough is one tough woman, but she’s out for at least a week. Since Dancing With the Stars will go on, so will her partner Cody Linley. Best for his role in Hannah Montana, the young dancer will be practicing with former contestant, Edyta Sliwinska.

Meanwhile, Julianne Hough is using the opportunity to promote awareness for the illness, so expect to see more from her soon!
3.4
Score
Popularity
Activity
Freshness
Get the 2023 Trend Report FREE

Career Revivals Through Dance
Season 7 "Dancing With The Stars" Cast