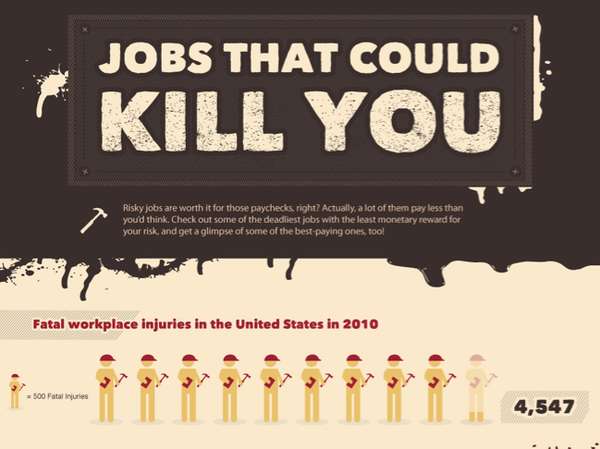 The Jobs That Could Kill You Infographic Documents Risky Occupations

According to the graphic, composed by BecomeCareer.com, fisherman are the most likely to be killed while on the job; with a documented death rate of 71 per 100,000 workers. Unfortunately, however, the annual average salary of a fisherman is only $27,880 -- leading one to wonder if the risk is worth the reward.

While the chart lists many occupations that experience high-death tolls from airline attendants and pilots to coal miners, it also states that unemployment can be a risky business as well.

Unemployed males have a 78 per cent likelihood of dying due to the stress of trying to provide for their families, with lethargy and overindulgence in vices also being cited as leading causes of death while one is out of work.