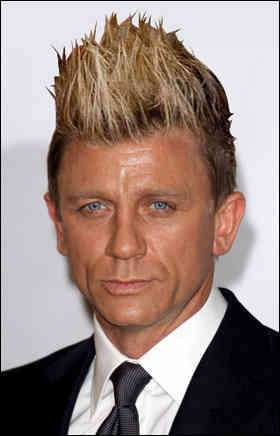 The 'Jedward' Hairstyle Takes the (Hair)Net by Storm

For those not UK-based, 'Jedward' refers to John and Edward, two awful contestants on the television show 'The X Factor.' Even though they have not been voted out yet, they appear to be tone deaf. But, as you know the British love underdogs, so the worse the Jedward team is, the more the British support them, and the more other people (see gallery) will sport the Jedward hairstyle.

Oh, and it annoys Simon Cowell when they stay in the competition, too.
6.1
Score
Popularity
Activity
Freshness
Get Trend Hunter Dashboard