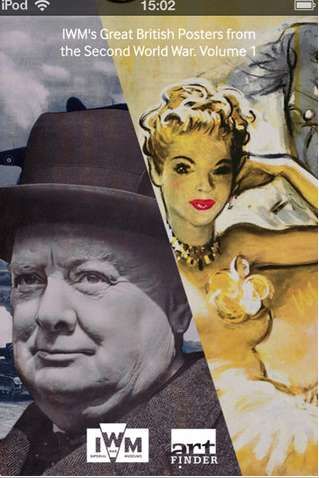 'IWM's Great British Posters from WW2' for Apple is Nostalgic

Vivian Lau — June 4, 2012 — Life-Stages
References: itunes.apple & fastcodesign
Share on Facebook Share on Twitter Share on LinkedIn Share on Pinterest
Did you know that the all-too-popular catchphrase "Keep Calm and Carry On" was a British propaganda poster meant to bolster jet fighter's confidence while they were in combat? The IWM's Great British Posters from WW2 App amalgamates 30 of such iconic posters onto an easily accessible platform.

It is important not to forget our history, and with the Second World War being such a clutch moment in our past, it is amusing to look at the posters the government issued to raise morale. Sometimes, they are idealistic, like "Freedom is in Peril, defend it with all your might!," or kind of obscure like "Walk short distances and leave room for those who walk longer distances," but they really show the national sentiment -- or at least that of the government, of the time.

This is the perfect gift for any grandfather (Father's Day is approaching!) -- he'll appreciate this blast from the past.
0.7
Score
Popularity
Activity
Freshness
Get Better and Faster