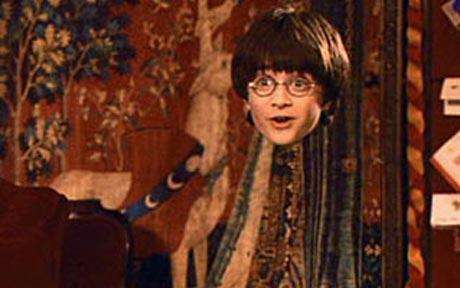 Scientists Created an Invisibility Cloak Right Out of Harry Potter

Andrew Sztein — March 26, 2013 — Unique
References: phys.org & mashable
Share on Facebook Share on Twitter Share on LinkedIn Share on Pinterest
The lines between magic and science are starting to get blurry, especially with the news that a group of scientists have created true life invisibility cloaks. Don't get all excited and figure that you'll be going on Harry Potter-like adventures to stop Voldemort through the halls of Hogwarts just yet, but these invisibility cloaks do exist, and they work.

Invisibility cloaks have been in the works for a while, but most models are very bulky and make the users more translucent than fully transparent. However, Researchers at the University of Texas in Austin have found a way to make the 'metascreen' materials incredibly thin.

Without getting too tech-y, these invisibility cloaks can absorb microwaves to shield whatever is under the cloth from certain wavelengths. To make an optical invisibility cloak, it would a somewhat straight forward process of adjusting the cloth to absorb wavelengths in the visible spectrum instead of the microwave spectra it's currently calibrated for now.
5.9
Score
Popularity
Activity
Freshness
View Innovation Webinars