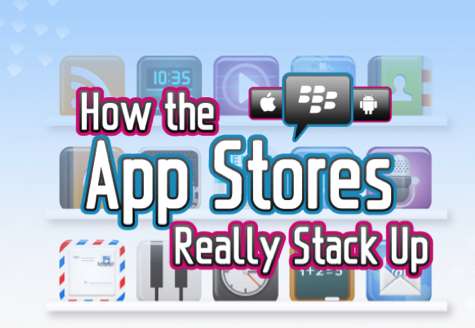 Created by BlogBerry, the chart compares Android's GooglePlay, Blackberry's App World and iPhone's App Store. Not surprisingly, the App Store provided the most apps -- 500,000 to be exact. Google Play was close on Apple's heels with 400,000, while App World features only 70,000. Despite a low variety of BlackBerry apps on the market however, the Crackberry population downloads almost 6 million a year and 13 percent of the developers are raking in the rewards to the tune of $100,000 or more.