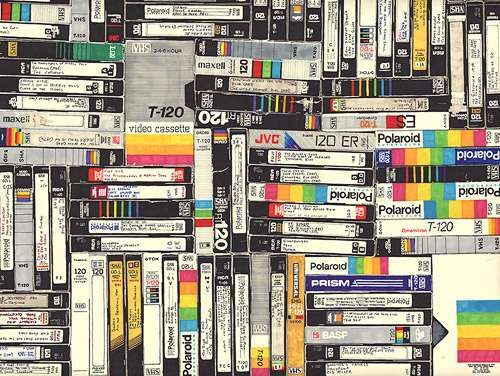 Jordan Sowunmi — August 18, 2011 — Pop Culture
References: hollisbrownthornton & booooooom
Share on Facebook Share on Twitter Share on LinkedIn Share on Pinterest
Looking through Hollis Brown Thornton's portfolio, it's immediately evident that he is an illustrator heavily influenced by the past. His work captures many of the most basic elements of life for a previous generation, including their favorite forms of entertainment.

Hollis Brown Thornton is a 31-year-old artist currently residing in Aiken, South Carolina, with a penchant for artwork that can be used to compare, contrast, and investigate the connections between memory and perception. His distinct aesthetic has made him a favorite among art galleries around the world, and his work has been exhibited in a diverse array of places because of it, including Tokyo, Japan, Kaiserslautern, Germany, and Los Angeles, California.

My favorite image from the Hollis Brown Thornton collection features a showcase containing a variety of video games, ranging from Super Mario to Ms. Pacman, the image strongly resembling many houses in the late 80s and early 90s. Hollis Brown Thornton's greatest strength as an artist is his ability to draw something so plain, yet specific, and be able to get his viewer to transfer themselves from their seats into the past, when VHS and Nintendo were the apex of technological invention.

Up next for Hollis Brown Thornton: a solo exhibition at the prestigious Linda Warren Gallery in Chicago, Illinois.
4
Score
Popularity
Activity
Freshness
Get Trend Hunter Dashboard