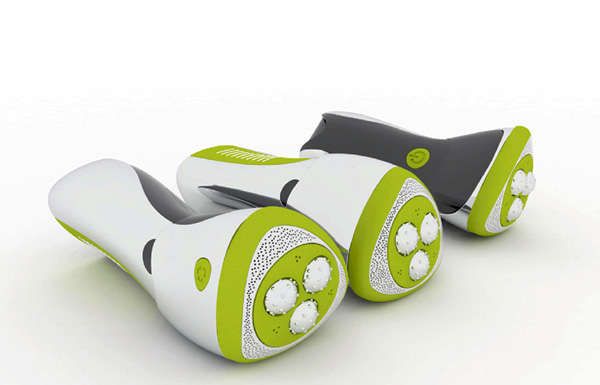 Meghan Young — April 23, 2013 — Art & Design
References: yankodesign
Share on Facebook Share on Twitter Share on LinkedIn Share on Pinterest
What at first may appear to be a typical electric razor is in fact a portable shower head for people on the go; designer Hamed Kohan conceived of it just in time for music festival season. With all of the sweaty partying and adventurous camping going on, a compact handheld showering system will feel like something sent from the heaven's above.

Hamed Kohan might not be God, but he will certainly be celebrated for this creation. With three different settings, Hamed Kohan's portable shower is programmable to clean body, face and hair optimally. Although people might like to embrace their musky, animalistic selves when in the wild, others will wholeheartedly appreciate the occasional shower, which is made much easier thanks to Hamed Kohan, who also brought people the Spread Your Love bike tire.
4.6
Score
Popularity
Activity
Freshness
Get Trend Hunter Dashboard