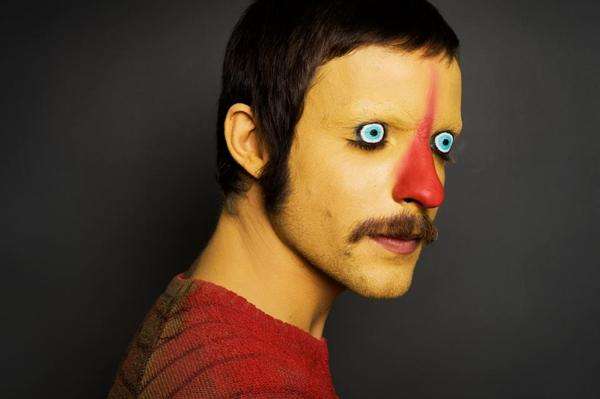 Meghan Young — January 29, 2013 — Fashion
References: guimtio.blogspot & behance.net
Share on Facebook Share on Twitter Share on LinkedIn Share on Pinterest
The Guim Tio & Blancadoble photo series is very creepy in a simple way. A sequel to one of his past photo projects starring a female, this series is like the yin to its yang. On the most basic level, it revolves around a man who happens to be the art director himself. Secondly, his face is painted in the same fashion. Nevertheless, the rag doll vibe is not present. Instead, there is more awareness and even cunning to his poses.

Captured by Blancadoble, the Guim Tio & Blancadoble photo series is shot in studio against a couple of basic backdrops. This allows people's full attention to be drawn to the model's face, which was worked on by Ona Nefer.
5.5
Score
Popularity
Activity
Freshness
Get Better and Faster