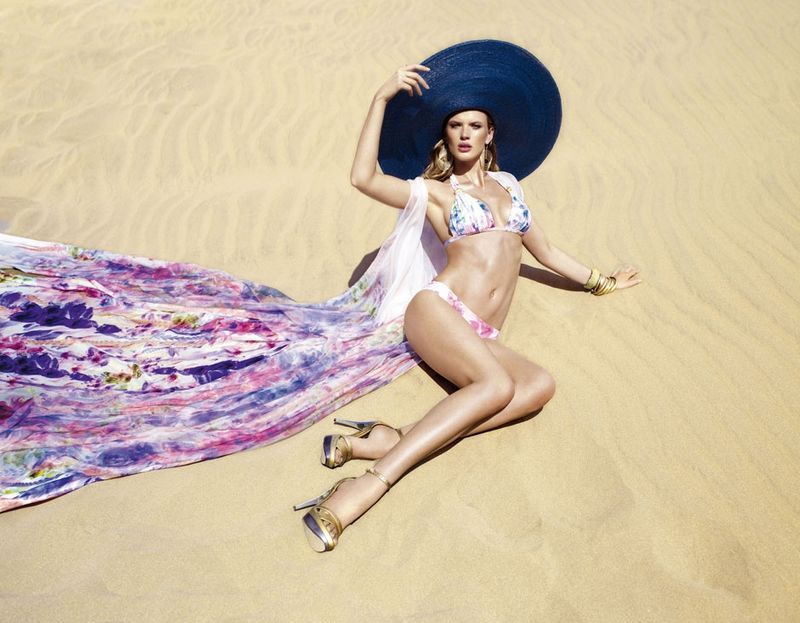 The Gottex 2012 Swimswear Collection is Colorful and Glamorous

The Gottex 2012 Swimwear Collection was modeled by 25-year-old Russian superstar Anne Vyalitsyna, perhaps best known as being the girlfriend of Maroon 5 frontman and star of NBC's the Voice Adam Levine. In the Gottex 2012 Swimwear Lookbook, she shows why she has become one of the go-to models for some of the fashion industry's biggest photographers including Terry Richardson, Steven Meisel, and Patrick Demarchelier.

Vyalitsyna alternates between divergent poses with aplomb and class. In some shots, she resembles a carefree, elegant socialite housewife, enjoying her chic swimming wear while on vacation in the desert. In other shots, she takes on poses that seem better suited for a woman in a bodybuilding contest, but she manages to do so without giving up an ounce of sex appeal.

Click through the gallery to see what I mean. The outfits featured in the Gottex 2012 Swimwear Collection are available for purchase now.
5.9
Score
Popularity
Activity
Freshness
Get Better and Faster