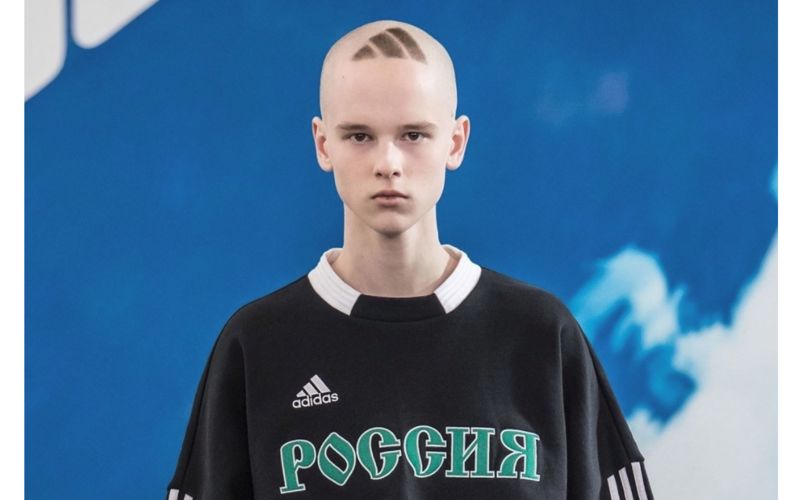 Kalina Nedelcheva — January 16, 2018 — Fashion
References: vogue & vogue
The Gosha Rubchinskiy Fall 2018 collection was showcased this past Sunday in Yekaterinburg. As far as inspirations for Russian designers go, the triple-striped adidas logo has been a forerunner since the Moscow Olympics in 1980, and is prominently featured in the designer's work.

The theme of the runway was patriotic— with clever references to Russia's upcomming hosting of the 2018 Football World Cup to skatewear and military couture. Rubchinskiy's models walked proudly with their Russian-influenced apparel and classic Soviet buzz cuts. However, the most noteworthy instance of the Fall 2018 debut was the dedication and emphasis the Russian designer placed on adidas. A model, showcasing a classic hoodie with the word 'Россия' (translates to Russia), walked the runway with a clean-shaven head except a stamp of hair fuzz. It presented the German company's famous trifoil logo.
6.9
Score
Popularity
Activity
Freshness