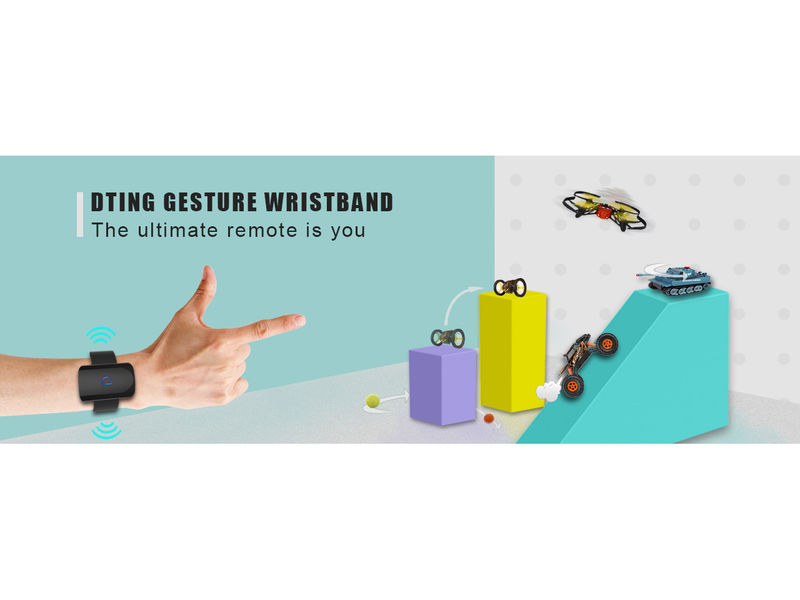 Kalina Nedelcheva — January 30, 2018 — Tech
References: indiegogo & dtingsmart
Inspired by the development of high tech artificial limbs, DTing's team collaborated with scientists and engineers to create a line of reasonably priced gesture-responsive robotic toys. The series is the first of its kind and easy to use, because it channels the gestures and applied force of the user to map the behaviors and trajectories of the robot.

Suitable for all ages and operational experiences, the line of robotic toys is controlled through a functional accessory. The DTing Gesture Wristband can detect all of the user's gestures, including forearm, hand and finger movements. Its surface can map out sEMG and AI algorithms — from electromyographic and gyroscopic to accelerometer signals, in order to bring a high degree of precision and user control.
6.1
Score
Popularity
Activity
Freshness