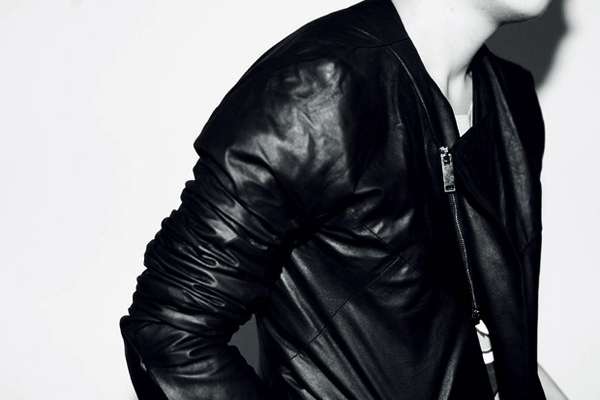 Matt Ho — March 23, 2011 — Fashion
References: garethpugh.net & hypebeast
You've got to love leather jackets considering how they've been a staple of looking badass for a while, which is what this Gareth Pugh SS 2011 attire represents.

One of the latest outfits revealed from the Gareth Pugh SS 2011 collection is this incredibly kickass-looking leather jacket that most will agree is a must-have. You may recall previously that the brand featured space age themed clothes for females which we covered. This time, Gareth Pugh goes the opposite direction for more of a rock n' roll rebel look. The monotonic black leather jacket shows off an interesting design concept with zippers placed in various angles creating overlaps that gives it a geometric aesthetic.

If there's ever been a leather jacket you want to rock with swagger in, make no mistake, this is the one you want.
4.9
Score
Popularity
Activity
Freshness