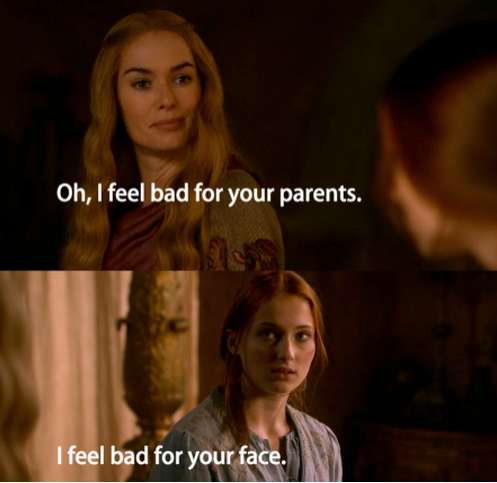 Jennifer Gosnell — June 24, 2012 — Pop Culture
References: gameofbridesmaids.tumblr & buzzfeed
Share on Facebook Share on Twitter Share on LinkedIn Share on Pinterest
Last summer's hit movie Bridesmaids, starring Kristin Wiig and an array of funny people, has been merged with the intensely popular Game of Thrones television series to create the ‘Game of Bridesmaids’ Tumblr. Featuring some of the more memorable lines from the movie, the creators have inputted this text over hilarious shots of Game of Thrones shots to create an entirely new storyline.

The hilarious mash-up combines some of the best lines of the funny movie with some of, what I imagine, are more realistically dramatic scenes in the actual series. Some of the lines, like the movie itself, have some inappropriate moments and wording, but are pretty hilarious. Fans of the hit series and movie are sure to get a kick from this strange and unexpected combination.