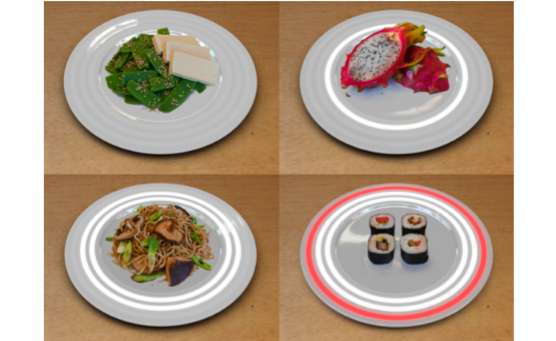 The Fukushima Plate Shows You Which Foods are Safe to Eat

Named after that same nuclear facility, this intelligent dinner platter can detect levels of radiation in your meals, thanks to a hi-tech radioactive meter. The battery-operated Fukushima Plate is detachable from the base of the ceramic dish, which is complete with embedded OLED rings. Another layer of such illuminating indicators interprets the implications of such a dosage.

A safe meal will produce no light from the edge of the salver, and individuals can preset warnings for levels of contamination that produce one white ring for mild risk, two for significant and a red glow for extreme -- that means you shouldn't go near your meal.
4.5
Score
Popularity
Activity
Freshness
Jeremy Gutsche Keynote Speaker