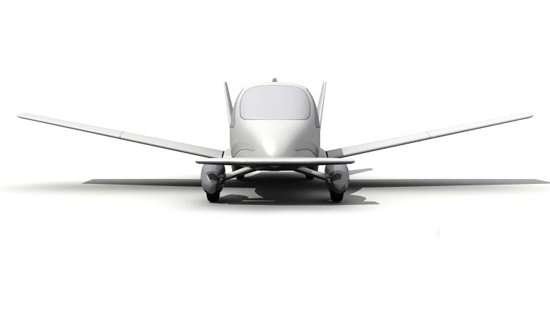 The Terrafugia 'Transition' Vehicle Is Almost Ready for Production

Terrafugia (Latin for “escape from the earth"), Carls’ start-up company, says that the transition “personal air vehicle” should be ready for production as soon as 2009, with a working prototype available in 2008!

The “Transition” is able to land at the airport, fold up its wings and drive on the road.

You can have the chance to test fly the “Transition,” as Terrafugia has developed a model that can be loaded and flown within the X-plane flight simulator (this is a Beta Release). X-Plane is a flight simulator software which can be purchased and downloaded.

"We’re battling a credibility issue with a concept like this, because it has been tried so many times before,” Dietrich conceded. "People tend to smirk when you say you’re trying to make a flying car: ‘Oh, you’re one of those guys. But,' he insisted, 'This isn’t just another flying car concept. We’re very serious about producing a flying car and selling it."

I am a die hard James Bond fan, there is something really compelling about a handsome guy in a tuxedo, battling arch villains with “cool” gadgets, that makes my heart flutter. I bet three movies along the next super spy will be stepping out of a “Transition” flying car!
6.4
Score
Popularity
Activity
Freshness
Get Trend Hunter Dashboard