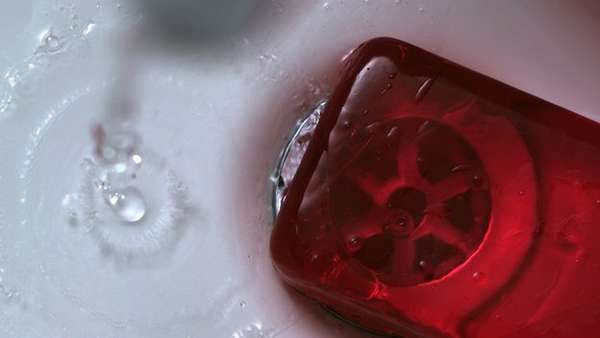 Senduran Bhakthakumaran — January 27, 2012 — Eco
References: ubergizmo & bbc
Share on Facebook Share on Twitter Share on LinkedIn Share on Pinterest
Scientists from the University of Bristol have developed the world's first magnetic soap by embedding iron into chemicals found in mouthwash and fabric conditioner. The soap was tested to see if it would move towards a magnet when in water and oil and that is exactly what it did. The soap gravitated towards the magnet that was being held near the mixture of fluids.

Apart from being pretty cool, this invention has sparked some scientific revelations in terms of combating large-scale pollutants. This soap can be spread into oceans during oil spills (known to be the most nature-damaging events) and theoretically brought back together, making cleaning such hazardous accidents a much more efficient task.

The world's first magnetic soap is still being tested for such larger operations, but it seems the scientists at Bristol University have just hit a treasure chest while digging for natural pollution solutions.