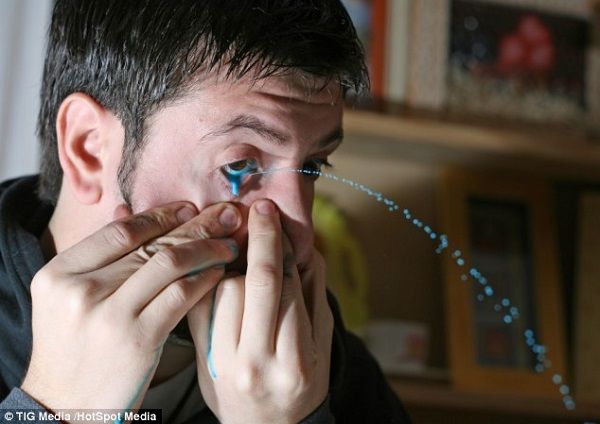 Leandro Granato's Eye Paintings are Sprayed on the Canvas

The Argentinian artists works of patchy paintings of different colored-spots and streaks are created when Granato snorts paint through his nose, and squirts them onto the canvas through his eyes. From an early age, Granato realized that there was a "special connection" between his nose and eyes that allowed air to travel between the two.

When the paint is ejected from his eyes, they don't just leak, but actually shoot out like a rainbow, dribbling down and blotching the canvas. To avoid hurting his vision, Granato uses a special formula of paint that he created himself to paint his eye paintings. His works can take anywhere from "10 minutes to a months to create," and fetch up to £1,500 per piece.
4.3
Score
Popularity
Activity
Freshness
Attend Future Festival Virtual