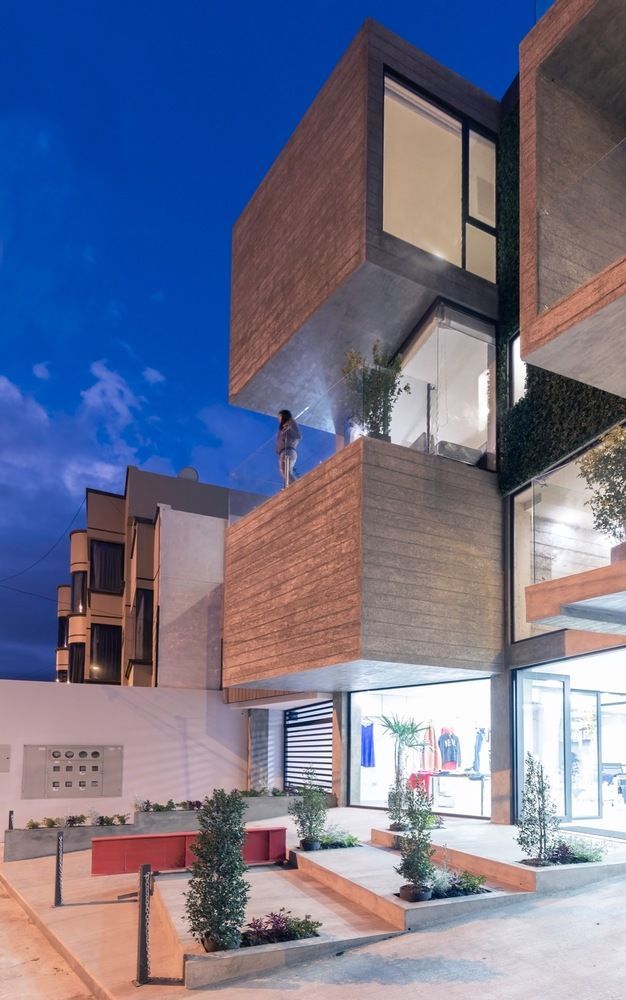 Joey Haar — May 1, 2017 — Art & Design
References: archdaily
Share on Facebook Share on Twitter Share on LinkedIn Share on Pinterest
Edificio Isabela, a residence in Cuenca, Ecuador, offers a creative morphology that increases both interior square footage and exterior balcony space simultaneously. The building, which was designed by Ruptura Morlaca Arquitectura (a local Ecuadorian studio,) features angled concrete volumes that cantilever from the front-facing facade, expanding the space horizontally without adding to frontage.

Thanks to the cantilevering of Edificio Isabela's rooms, the exterior portions of those concrete volumes extend far enough out to form balconies for its residents. Those angled sections aren't just an architectural flourish, either. They cause the balconies to line up parallel with the street outside, giving a more harmonious view of the surrounding scenery. Considering that Cuenca is a temperate enclave surrounded by the hills and peaks of the Andes, such a view is more than desirable.
1
Score
Popularity
Activity
Freshness
Get Better and Faster