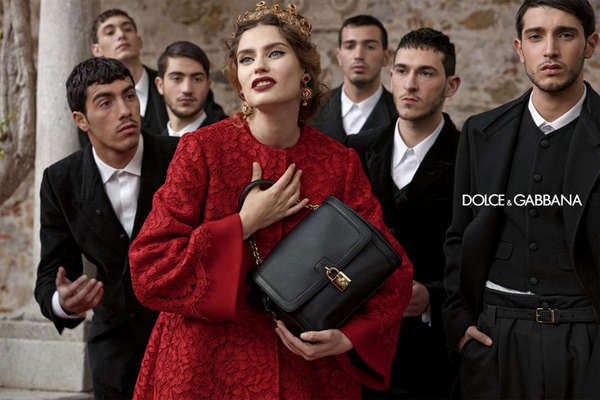 Leslie Chen — June 26, 2013 — Luxury
References: dolcegabbana & fashioncopious.typepad
This Dolce and Gabbana FW 2013 2014 campaign will make you feel like you've just stepped into the scenes of a dramatic film where everyone can afford the most exquisite and luxurious pieces of clothing.

Starring Monica Bellucci, Andreea Diaconu, Bianca Balti and Kate King as the faces behind the brand's latest campaign for the upcoming seasons, the images are full of drama as the models are photographed screaming at each other, and then laughing hysterically and while also lovingly embracing one another. The campaign is dripping in deep shades of red as well as neutrals like grey, black and white.

Far from the usual perfectly staged visuals of most advertisements, the Dolce and Gabbana FW 2013 2014 campaign is a passionate display of fashion, cinema and art.