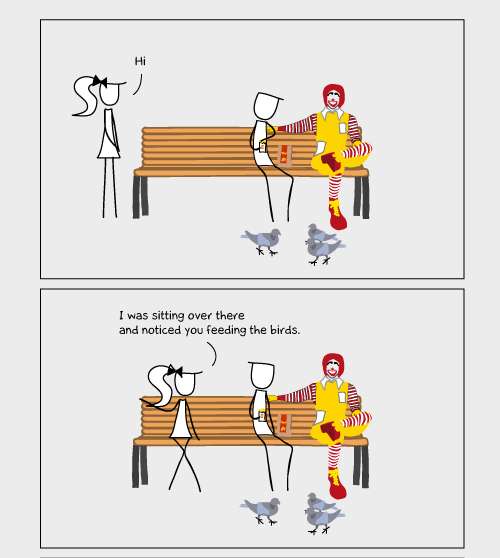 Jennifer Gosnell — May 16, 2012 — Pop Culture
References: iwastesomuchtime & thedoghousediaries
The Doghouse Diaries comics that feature guys on the lower end of the self-confidence scale are pretty hilarious. A nice change from the ever-macho dudes that dominate the Web, these lackluster guys think a girl might be asking the Ronald McDonald statue out over them. Albeit kinda sad, but overall pretty adorable and sweet as a comic.

Simple, effective and clear, the basic comics show that overly detailed illustrations are not necessary to effectively communicate messages and bring people to uproarious laughter.

The socially awkward dudes in the Doghouse Diaries comics also tackle the modern world, computer domination in the 21st century and the corporate world. Released every Monday, Wednesday and Friday, the hilarious take on various topics sets the Doghouse Diaries illustrations apart and makes them really enjoyable reads.