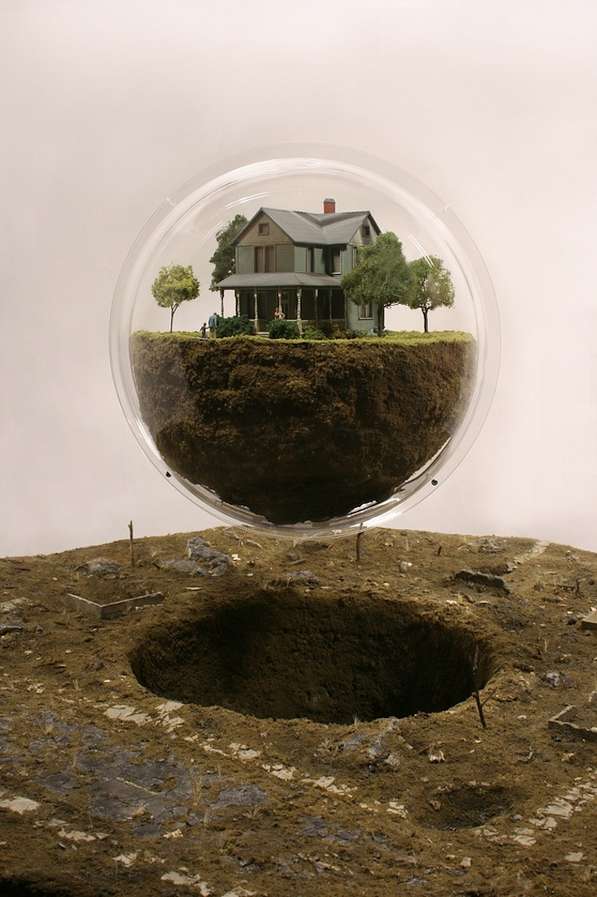 Meghan Young — November 8, 2011 — Art & Design
References: thomasdoyle.net & mymodernmet
The Distillation Series has to be the epitome of the surreal. These imaginative miniature worlds really put into perspective how small the human species is in the grand scheme of life. These dioramas act like tiny Earths while the room is the vast universe, effectively turning the onlookers into something akin to Gods.

Created by Thomas Doyle, who is known for his Reclamation Series, the Distillation Series specifically "analyzes the uncanny differences between destruction and domestic life," according to My Modern Met, by creatively contrasting "the calmness of family life against destructive surroundings." Part of his solo exhibition titled Surface to Air, which is being hosted by LeBasse Projects, the Distillation Series is set to appear in Los Angeles, California.
3.3
Score
Popularity
Activity
Freshness