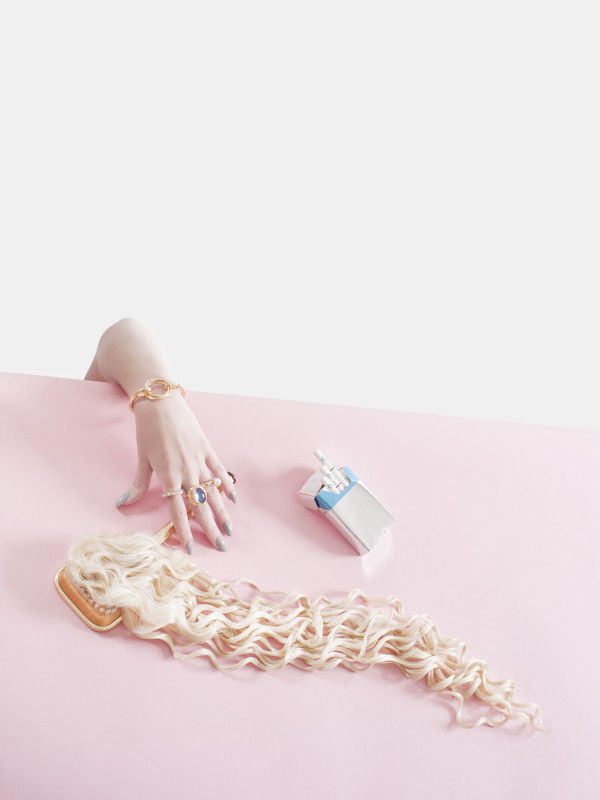 Meghan Young — June 25, 2014 — Fashion
References: karenvanbinsbergen & trendland
Share on Facebook Share on Twitter Share on LinkedIn Share on Pinterest
Dissonance by Karen van Binsbergen, a 21-year-old stylist and director, finds a quirky balance between mismatched aesthetics. Although it is a fashion photoshoot first and foremost, the still life can easily be considered art as well. A well groomed hand is captured dusting cigarette ashes on a sunny side up egg in one image while in another it is in the background as a martini glass with a limp pickle steps into the limelight.

Shot by photographer Tyson Ernste, Dissonance by Karen van Binsbergen is as full of peculiarity as it is pastels, and that's saying a lot. The young stylist describes the photoshoot as “a contrast between classical/chic and raw/dirty elements." Ironic and clever, Trendland points out, "Even the use of mirrors seems to nod to the tawdry display of one’s “refinements” on social media."
3.9
Score
Popularity
Activity
Freshness
Access Advisory Services