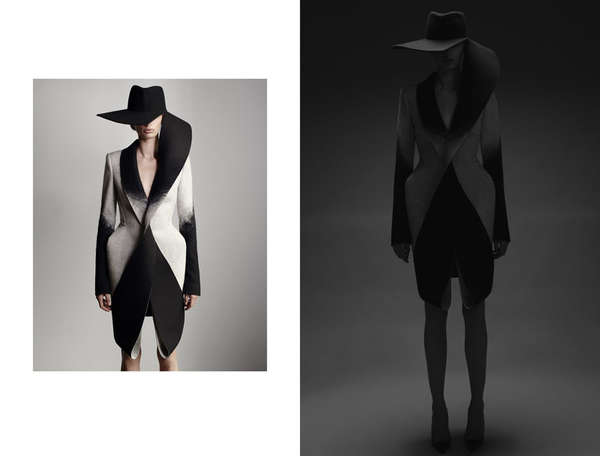 Meghan Young — March 4, 2013 — Fashion
References: dionlee & fashiongonerogue
As sculptural and eccentrically detailed as the Dion Lee 2013 collection is, the overall designs are minimalist enough for the average woman to wear to the office or a dressy event. With a fairly neutral palette, save for hints of blue here and there, the pieces in the Dion Lee 2013 collection will be highly coveted by fierce women looking for a signature style. They will also appreciate the fact that the designer was the Australian winner of the International Woolmark Competition.

Shot by photographer Stephan Ward and showcased on model Cassi Van Den, the Dion Lee 2013 collection was inspired by the work of Danish architect Jorn Utzon. Thus, the lookbook appropriately juxtaposes the fashion with images of the buildings that influenced it.
5.8
Score
Popularity
Activity
Freshness