How Sleep Affects Your Emotions 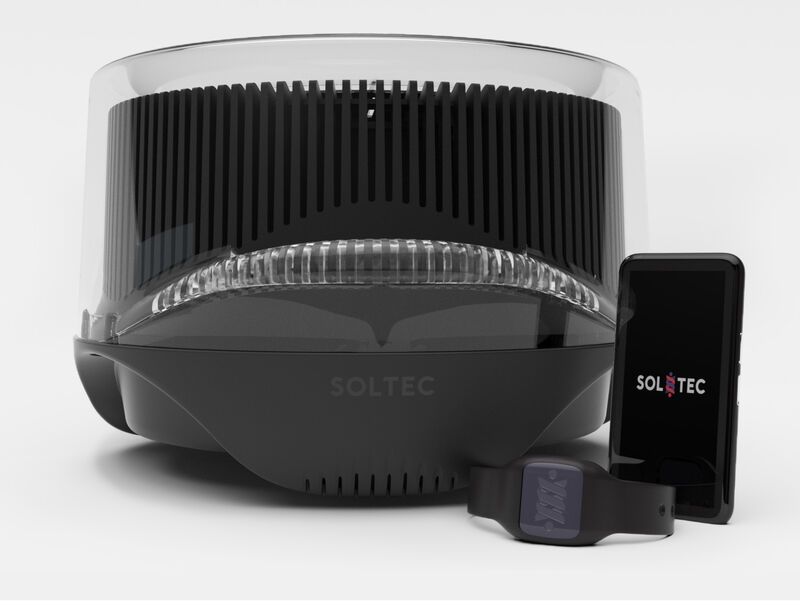 By 2027, wrist wearables are projected to be a $52 billion industry but only a select few will significantly change the technology trajectory. One giant leap is coming to the sleep wearable market. Current wearables only assess and report on sleep, but the soon-to-be-released Z-Track Analyst is part of a smarter SOLTEC Sleep Management System (SOLTEC-SMS), an interactive sleep solution that uses real-time data to actively improve sleep quality.

Delta waves will become the new sleep buzzword. Soltec-SMS impacts the Delta, or slow wave sleep stage, which is associated with deep, restorative sleep. Delta sleep occurs in the first half of the night, enabling you to sleep the rest of the night. “Delta sleep is more important than the other sleep stages of sleep. It is when the body secretes human growth hormones. Delta sleep enables the body and brain to recover from daytime activities, relieves stress and can have a dramatic impact on overall health,” explains Cohen. “It is also associated with performing better on memory tasks the next day.”

After investing 15 years to invent and test its groundbreaking new technology, Soltec Health is close to bringing the Soltec-SMS to market. This is a closed-loop, two-part system based entirely on how the nervous system naturally functions: consisting of the Z-Track Analyst, a knowledge-based wrist wearable that anticipates your sleep patterns by tracking measurements associated with the various sleep stages in real time. “Engineered specifically for sleep, Z-Track measures pulse rate variability which it then correlates with built-in motion analysis,” comments Cohen. It also monitors blood oxygen saturation levels, which it correlates with an analysis of snoring, made possible by a built-in microphone to assess breathing disturbances.

The Z-Gen Magnetic Conditioner is the second part of the system. Placed under or at the foot of your bed, the Z-Gen receives the real-time feedback from the Z-Track Analyst and safely surrounds your body with the proper low frequencies naturally associated with the various sleep stages: light, delta and REM. In essence, it’s supplementing your body’s ability to produce these frequencies on its own to support the development of Delta sleep. The result: Your sleep can become deeper and more efficient.

“To start the system, all you need to do is tap twice to sleep. The device will automatically customize the wave frequencies to your needs. In the morning, you can review how your sleep data has progressed over time in the Soltec-Z app,” says Chief Operating Officer Peter Weissman.

The Soltec Health team anticipates that its revolutionary sleep system will immediately appeal to those who understand how better sleep can maximize their performance physically, intellectually and creatively. “This is new, science-backed technology that gives people more information about their sleep patterns while giving them more control over the quality of their sleep,” points out Cohen. “A better quality of life will literally be just two taps away.”

SOLTEC is launching a Kickstarter Campaign to get early-adopters on board.