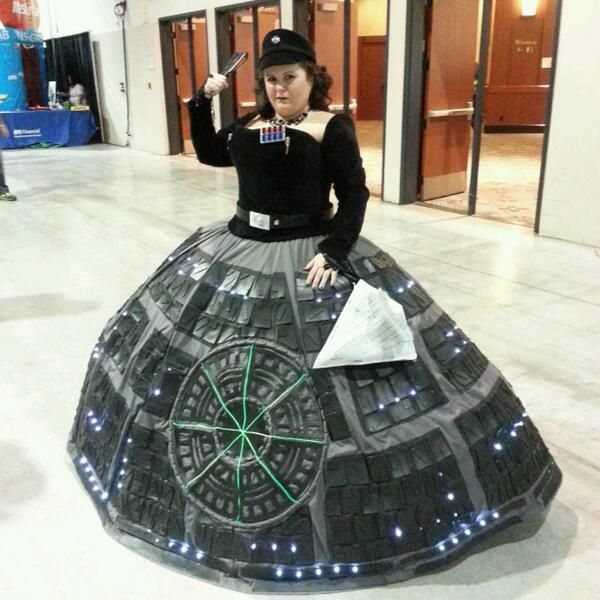 Meghan Young — May 2, 2014 — Fashion
References: neatorama
Share on Facebook Share on Twitter Share on LinkedIn Share on Pinterest
Dresses and gowns are on many people's minds right now since prom season is in full swing, yet no one could have expected the Death Star Gown. It is a modern take on 19th-century American Southern fashion in which a full skirt is embraced to better capture the globular design of the fictional space station and superweapon appearing in the 'Star Wars' franchise.

Spotted at the Calgary Expo, the Death Star Gown actually lights up. It is made out of 250 LED light, 12 feet of EL wire and 900 foam tiles. The designer, Deathstargirl, reveals, "It takes 9 'D' batteries to power the lights and I broke 2 plastic hangers to hold it up, so you can imagine how much fun it is to put into the car."
3.2
Score
Popularity
Activity
Freshness
View Innovation Webinars