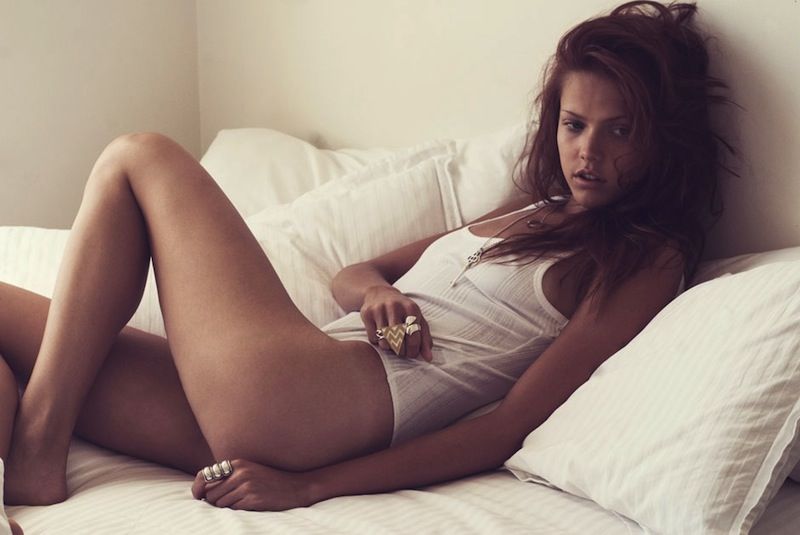 Jordan Sowunmi — June 25, 2011 — Fashion
References: danielluxford & zac-fashion
Share on Facebook Share on Twitter Share on LinkedIn Share on Pinterest
For Australian fashion photographer Daniel Luxford's latest shoot, he teams up with fellow Australian, GIant Model's Karina, for a series of photos that take place in a variety of settings, the only thread between the photographs being a strong and sustained combination of sex appeal and wholesomeness.

Daniel Luxford is an accomplished photographer. His work has appeared in a series of publications, including Vice Magazine, Pulp Magazine, and Life Lounge. He was just named the runner-up in the Editorial category of Capture Magazine Australia's Top Emerging Photographers 2011 Awards.

Daniel Luxford's skills are on full display in this shoot. His ability to transform Karina from a tousled hair, bedroom minx into an elegant and confident supermodel in a manner of a few shots is staggering. Daniel Luxford has all the makings of a photographer on the rise and corporate clients are beginning to take notice. He has shot for Stussy, Puma and New Balance and with an eye for capturing the moment like he displays in this editorial, they will continue to knock on his door.

Implications - One effective way a company can stand out in the crowded marketplace is by investing in advertising that focuses on 'candid' shots of normal, everyday people. By eschewing traditional marketing convention by forgoing models or airbrushed and photoshopped shoots, the company establishes itself as one on the vanguard of new marketing and shows that its brand is made for the average person, not elitlists or the wealthy.
6.9
Score
Popularity
Activity
Freshness
View Innovation Webinars