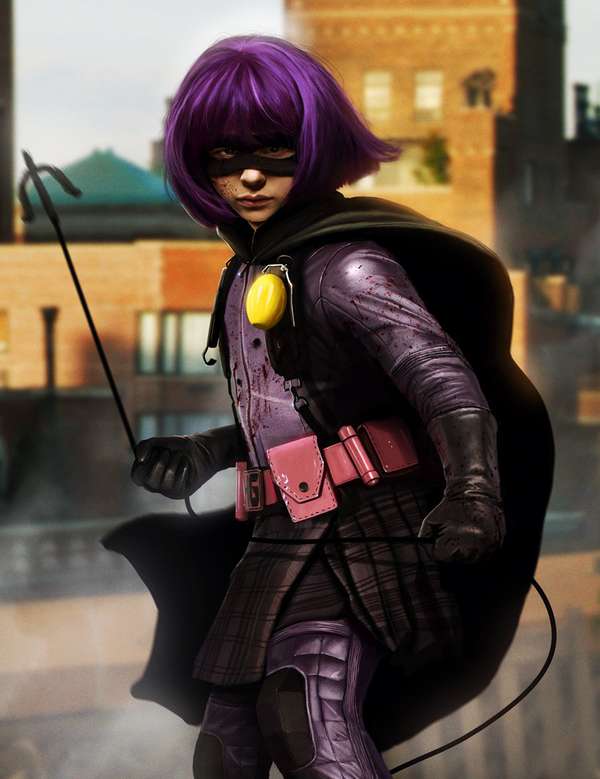 Jason Soy — January 4, 2012 — Pop Culture
References: adonihs.deviantart & all-about-villains.tumblr
Share on Facebook Share on Twitter Share on LinkedIn Share on Pinterest
Dan LuVisi is a premier digital concept artist, but even a creative talent of his caliber still succumbs to the desire to illustrate fan art based on some of the silver screen’s most popular characters. Not that anyone’s complaining; LuVisi’s photorealistic paintings are some of the best looking and expressive in the industry, and he breathes new life into movie favorites like Jack Sparrow, Hit Girl, Batman and even the Xenomorphs from Aliens.

Dan LuVisi has worked within the comic book, film and video game industries, which is probably why the characters he chooses to illustrate are somewhat geek-related, though awesome nonetheless. If you think these film-inspired paintings are mesmerizing, just wait until you discover his personal illustrations, in which he isn’t restricted by reality. In particular, his pet project entitled ‘L.M.S.’, an art book centered on a bounty hunter, is astounding.
5.6
Score
Popularity
Activity
Freshness
Get Trend Hunter Dashboard