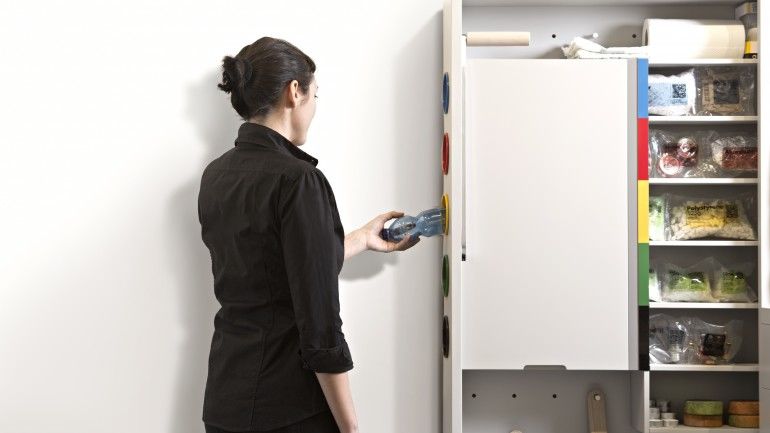 The Ikea Concept Kitchen 2025 Envisions the Future of Cooking

The project is based on a bunch of assumptions about what the world will look like a decade from now. Depletion of energy resources, an aging population, small living and food scarcity are all envisioned, as is mandatory recycling and ubiquitous but invisible computers.

One of the highlight concepts of Ikea's Concept Kitchen 2025 is the Thoughtful Disposal system, which crushes and vacuum-packs materials and labels them for recycling pick-up, at which point the homeowner is either credited or fined depending on their garbage to recycling ratio.

All in all, Concept Kitchen 2025 does envision some pretty interesting things. While not all of the assumptions may be true or warranted, the project is certainly thought-provoking and inspiring.