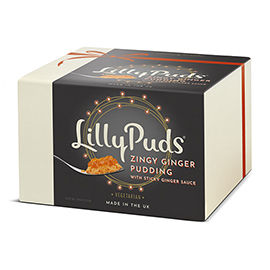 Grace Mahas — September 10, 2019 — Lifestyle
References: lillypuds
Share on Facebook Share on Twitter Share on LinkedIn Share on Pinterest
Having spent several years making pudding for family and friends, Alison Lilly launched LillyPuds in 2015 to introduce a tried and true Christmas pudding recipe to others. With the holiday season just around the corner, the artisan producer has expanded its product line to include six new festive desserts that will suit all palettes and preferences.