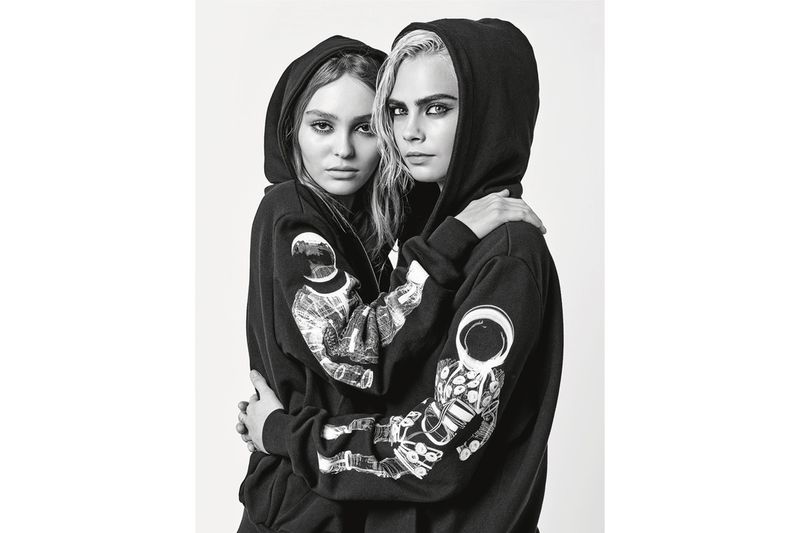 Throughout the shots, the two models either pose by themselves or together in an embrace. To maintain the minimalist look that's generated by the futuristic ensembles that are spotlighted in the editorial, the shots are mostly black and white, however there's a few full-color ones in the mix as well to provide a little more diversity. In the shots of Delevingne that are full-color, she's shown in black and white ensembles and has gray-white hair as well, which allows the images to blend in with the rest of the editorial seamlessly.