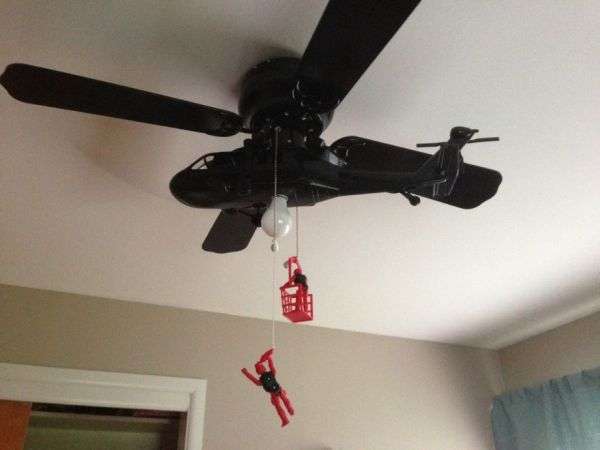 Andrew Sztein — April 28, 2013 — Art & Design
References: reddit & geekologie
If I had a ceiling fan design this cool in my bedroom growing up, I may have become inspired to be a helicopter pilot.

Coolest dad ever and Redditor ScumbagJanitorGuy created this awesome ceiling fan design for his son. The DIY project for his son involved a a bare minimum of materials and was actually pretty simple. The only steps involved was mounting a toy plastic helicopter to the bottom of the existing ceiling fan and painting it the same shade of black as the toy helicopter. The next step in the project is to paint the ceiling to look like the sky. According to ScumbagJanitorGuy, his next project will be a similar ceiling fan design, but mounted on a rack fro lights, allowing the helicopter to actually move along the ceiling.