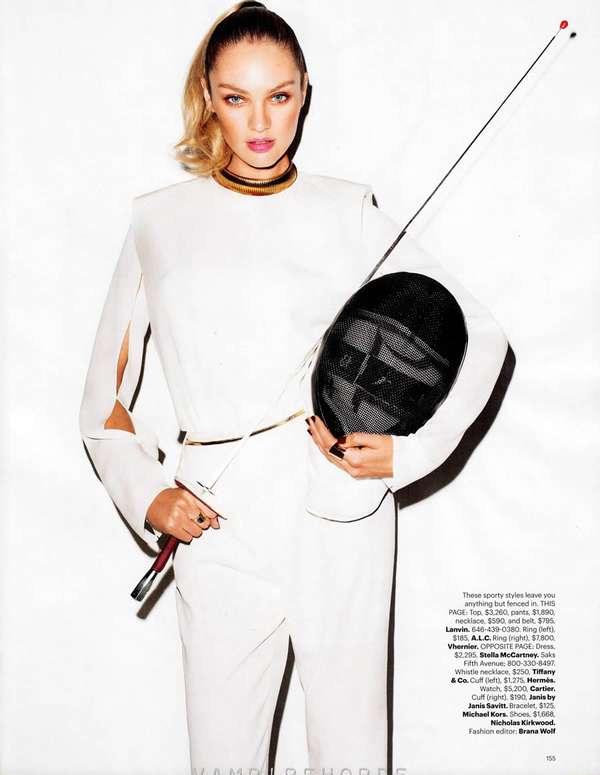 Souzan Michael — January 12, 2012 — Pop Culture
References: zimbio & fashnberry
The Victoria's Secret Angels are really branching out and making a name for themselves in the high fashion world, and the Candice Swanepoel Harper’s Bazaar photo shoot solidifies the blond bombshell's status as a world famous supermodel.

Gone are the days that Ms. Swanepoel is referred to simply as a lingerie model. It seems that the buxom blond really can do it all. Lensed by world famous photographer Terry Richardson for the February 2012 issue of Harper's Bazaar US and styled by Brana Wolf, Swanepoel dons athletic wear from some of the top designers in the world, such as Calvin Klein, MaxMara, Hermes, Gucci, Lanvin and many others.
5.8
Score
Popularity
Activity
Freshness