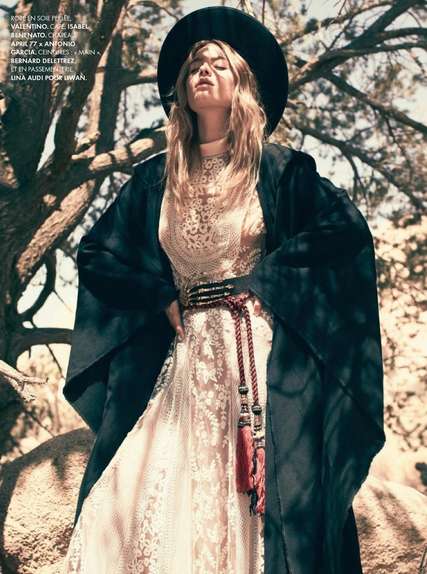 Each ensemble featured throughout this editorial showcases long, flowing garments in pale, earthy tones, combined with aristocratic masculine hats. One dress is a white lace garment that drapes softly down to the ground. To make it more casual, a leather belt loops around its middle, while a thick, black shawl hangs over Rowe’s shoulders. To complete the outfit, a black bowler hat rests jauntily on Rowe’s head. This ensemble is a lighthearted combination of both masculine and feminine fashion. The resulting look, combined with the desert backdrop, feels almost like the combination of a cowboy and a female homestead owner from the frontier.

With this editorial, Elle France has demonstrated that typically masculine and feminine styles can be combined to create modern looks that are both flattering and visually striking. Perhaps female fashion will continue to be masculinized from the runway to the department store.
3.9
Score
Popularity
Activity
Freshness
Get Trend Hunter Dashboard