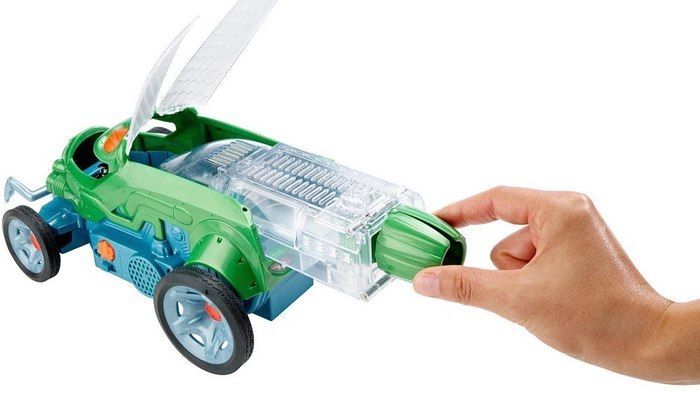 The Bug Racer Car is Steered By Real Crickets

The car is embedded with a plastic, removable 'cricket habitat' that can be taken out when the car isn't being used. The cricket habitat has room for food and holes to allow the critters to breathe. When you're ready to get the car going, all you have to do is turn the power on. Motion sensors located at the front of the car will detect the crickets' movements and steer the toy accordingly -- so if the cricket wanders to the right side of the control area, the car turns right.

Crickets aren't known to be great drivers, which is why the Bug Racer is capable of backing up a bit whenever it finds itself blocked by an obstacle.

The Bug Racer costs only $30, though you'll have to supply your own crickets. If you're into critters and cars, this toy will represent a dream come true.