One for One Blankets 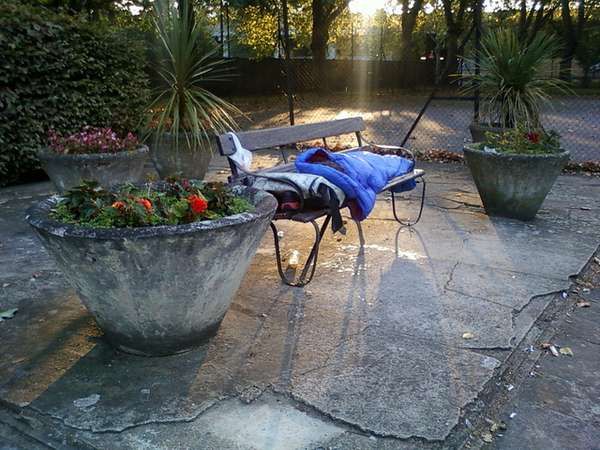 Beyond the Cardboard Shares Stories, Interviews and Resources

Beyond the Cardboard is dedicated to raising awareness for issues surrounding homelessness beyond stereotypes (did you know 40% of the 3.5 million homeless people in America are children?), and supplying resources through local partnerships to offer access to services that can greatly improve their chances of getting off the streets. They are also developing a program to give homeless people a voice, to allow them to share their stories.

Solving social issues often begins with awareness. A recent story about a homeless woman in Chicago who became a Twitter celebrity illustrates how arming someone with tools that allow them to be heard can make a significant impact. 41-year-old AnneMarie Walsh was homeless for six years before she started sharing her story on Twitter, and eventually a Tweetup led to temporary housing. She's been off the streets since April and now has over 5,800 followers and a blog where she shares her story.

That's just one story though. Beyond the Cardboard, which was founded by Jessica Choi, Thomas Ma and Brian Ma, hopes to create a platform on which the homeless can share their stories through articles and video interviews.

"With the homeless visiting libraries frequently for shelter during the day, Internet is accessible," Jessica explains. "As our organization grows, we hope to establish our own micro-loan program that will benefit the homeless participants as a crucial first-step in escaping homelessness."

The Beyond the Cardboard website will launch in February, and will include content created with the support of a Board of Advisers that includes previously homeless people as well as shelter volunteers.