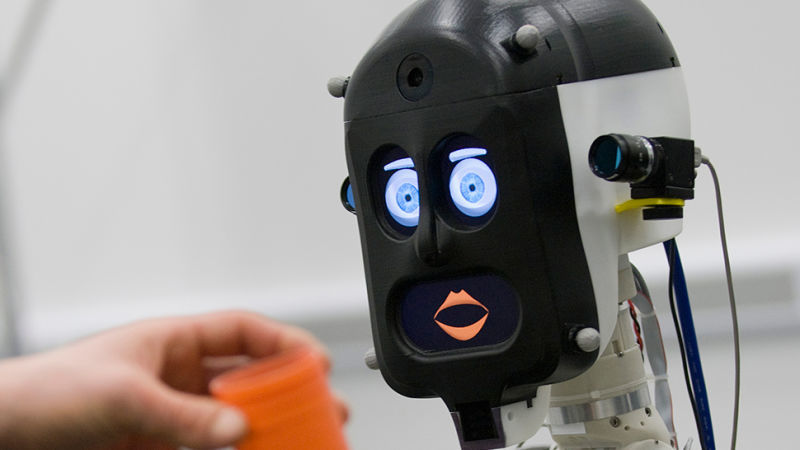 The BERT2 Robot Has Emotive Eyes, Eyebrows and Lips

Joey Haar — August 24, 2016 — Tech
References: bristol.ac.uk & gizmodo
Share on Facebook Share on Twitter Share on LinkedIn Share on Pinterest
In an effort to create more trustworthy technology that people can easily relate to, researchers from the University of Bristol created the BERT2 robot. The bot is far from being released on the market, having only been used for research into human response to robotic helpers. Nonetheless, its emotive eyes, eyebrows and mouth have shown to have a significant impact on how humans treat it.

In the BERT2 robot study, the researchers put together a scenario where test subjects had to cook a recipe with the help of a robot handing them ingredients. There were three versions of this robot: one that wouldn't say anything and would always hand over the correct ingredient, one that wouldn't communicate and would sometimes make mistakes, and BERT2, which would communicate but also make mistakes.

The study found that, even though the BERT2 robot was less effective, people preferred the communicative, emotive bot.
5.4
Score
Popularity
Activity
Freshness
Get Trend Hunter Dashboard