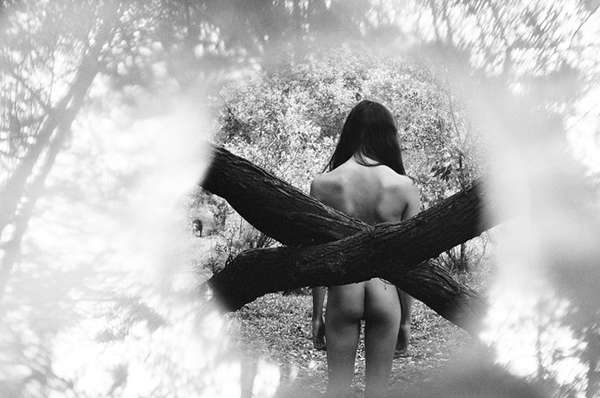 Daniel Gonzalez Depicts his Subjects as Being One with Nature

— July 14, 2013 — Naughty
References: cargocollective & lifelounge.au
Share on Facebook Share on Twitter Share on LinkedIn Share on Pinterest
Being one with nature is extremely difficult in our contemporary, urbanized environment, but photographer Daniel Gonzalez has found a way to capture his subjects as being completely in tune with their surroundings, lost amidst a sea of trees and other natural elements.

Each of Gonzalez's photographs depicts a man or woman standing nude in the middle of a natural environment, be it a forest, a log cabin, or a field. These photographs, while they might shock viewers with their blatant nudity, have a strong an empowering message. They tell viewers not to lose touch with their history, not to get lost within the confines of cities and towns.

In this way, Gonzalez's photography is not only visually stunning, but also thought-provoking. Hopefully his photography will urge some people to head outdoors and spend some time with the world surrounding them.
4.8
Score
Popularity
Activity
Freshness
Get Better and Faster