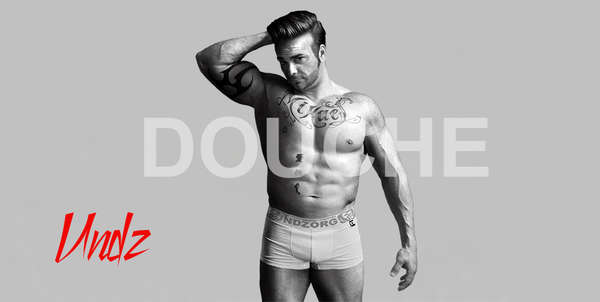 Bertrand Dore — September 24, 2012 — Fashion
References: undz.org
If you did not see David Beckham's H&M underwear campaign already, this mock take version of it by Undz & M will give some idea of what the original looked like.

The MLS (Major League Soccer) superstar currently playing for the LA Galaxy is also known (maybe mainly) for his near-perfect body and contagious sex appeal. Undz, a Canadian underwear brand, are back again this time with their own version of the H&M underwear campaign. Undz decided to go with a body builder to replicate the pictures. This time, the model is larger than life and the text is attacking Beckham's own virility. Undz made this campaign to salute H&M's quality marketing and to share a laugh with men that can't compare to the soccer star's perfection.
6.7
Score
Popularity
Activity
Freshness