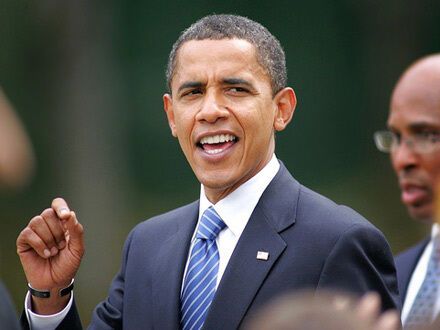 Marissa Brassfield — November 9, 2008 — Social Good
References: news.yahoo
Share on Facebook Share on Twitter Share on LinkedIn Share on Pinterest
Barack Obama hasn’t been sworn in as President of the United States yet, but his global influence is already being felt. In Kenya, mothers are naming their newborn babies after Barack and Michelle Obama, hoping to imbue the desirable qualities of these cultural icons into their kin.

His efforts are far more significant than simple namesakes, however. French first lady Carla Bruni-Sarkozy cited what she called the “Obama effect” in her hopes for a reshaping of French society.

And elsewhere in France, a human-rights manifesto written by Yazid Sabeg featured the French translation of “Yes, we can” and was published. The manifesto advocates racial equality and uses Barack Obama and the United States as shining examples of such social advancement. Below, read an excerpt from the manifesto.
1.8
Score
Popularity
Activity
Freshness
View Innovation Webinars