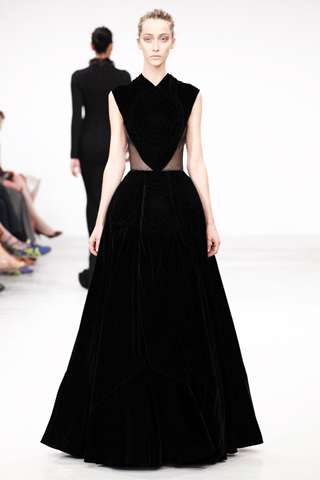 Souzan Michael — July 11, 2011 — Luxury
References: style & fashionologie
Share on Facebook Share on Twitter Share on LinkedIn Share on Pinterest
In a move that surprised and delighted the fashion world, reclusive designer Azzedine Alaia returned to the runway for the first time in eight years for Paris Haute Couture Week. Alaia shies away from media attention, rarely grants interviews and only holds runway shows when he has something to show, rather than going the traditional route of showing two collections every year.

This season, Azzedine Alaia treated the fashion world to a Couture collection in Paris. Full, bell-shaped skirts, texture, and crocodile-inspired leather were prominent in the show. From snakeskin to velvet to wool, Alaia is never one to shy away from different textures that are normally considered clashing.