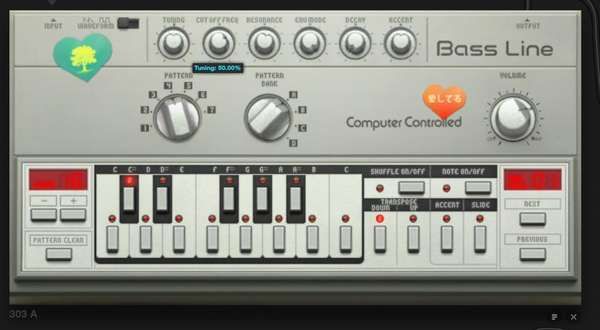 In 1982, Roland released the TB-303 bass synthesizer and step-sequencer. Soon thereafter, musicians and producers began tinkering with the curious, silver box, realizing that they could create catchy little riffs that squiggled their way out from speakers into listeners' ears. When a few inventive people decided to put a distortion peddle between the TB-303 and an amplifier, they found that those psychedelic, little squiggles turned into fierce, rasping growls. When paired up with the Roland TR-909 and TR-808 drum machines, the TB-303 went from a curious sound-maker to the central sound in an entire new field of music: electronic dance music.

Beyond vintage hardware, the AudioTool app also incorporates newer devices such as the Machineste and Tone Matrix as well as 21st century sounds like those found in Dubstep and Electro.
2.9
Score
Popularity
Activity
Freshness
Access Advisory Services

Travel-Sized Synthesizers
Be the Next Dr.Dre on the Go with the Pocket Piano