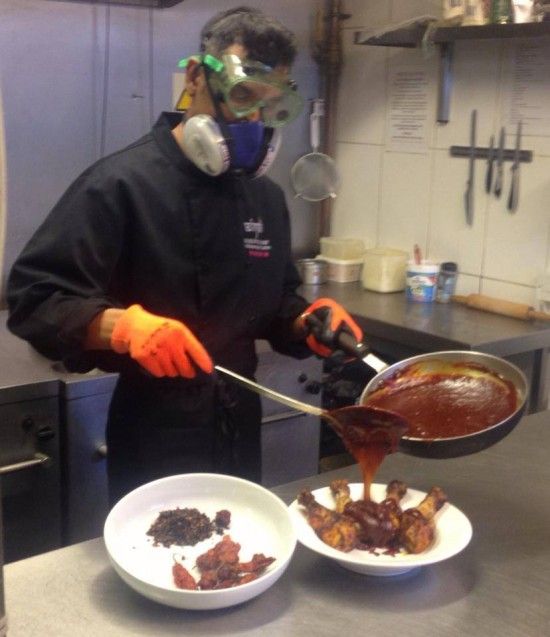 Megan Facciuolo — June 25, 2014 — Lifestyle
References: bindirestaurant & designtaxi
Atomic Kick Ass has been dubbed the “world's spiciest drumstick sauce," but in reality it probably takes the cake for being the spiciest sauce in general. It is so hot that the creator, chef Muhammad Karim of Bindi Restaurant in England, has to wear a gas mask to prevent him from passing out while making it.

A blend of the world's hottest peppers make up the sauce. It includes Moruaga Scorpion and Carolina Reaper mixed together with tons of special chilli extracts.

The restaurant challenges people to eat the sauce smothered on 10 drumsticks in under 15 minutes. This may sound appealing to you hot sauce enthusiasts, but be warned: customers experienced face paralysis for over 30 minutes, underwent body shakes and even had internal bleeding.
1.1
Score
Popularity
Activity
Freshness