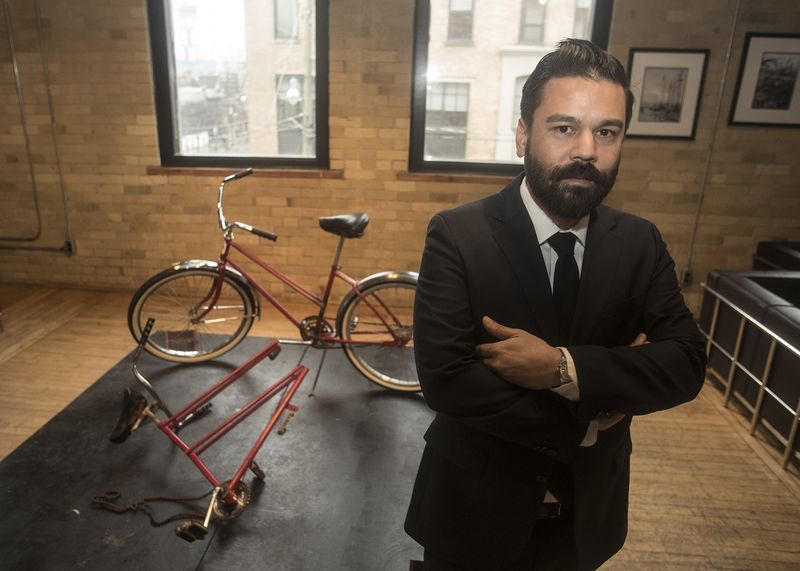 Infusing his artwork with humor, whimsy and insatiable curiosity, Jon describes his work as "something that may seem preposterous, but becomes more about the process of problem-solving and overcoming obstacles." This phrase can definitely be applied to his proposal for his Glenfiddich residency where he proposes to build a working airplane based on plans he saw in a Popular Mechanics magazine from 1981. "I tend to respond to the landscape," the artist explains, "and, looking forward to working in the majestic Scottish Highlands, I was inspired to take it in all at once [for which] I would need an airplane." He goes on to express that, regardless of whether or not his proposition becomes possible, he's intrigued by the challenges to come and the adaptations of his plans as he works.

Andy Fairgrave, the Curator of the Glenfiddich Artist in Residence program, echoes Jon's words as he describes how conceptual modern art goes hand-in-hand with the Glenfiddich brand, which itself is a cultural signifier in Scotland. "The story of William Grant is very much a pioneering story," Andy states, "and we chose Jon Sasaki as this year's Canadian Artists in Residence winner because of his phrase 'exceptional singular' which is fitting for single malt whiskey and the idea that innovators and achievers are often singular individuals."